Sri Lanka gets 5,040 tourists in August…

Bail refused for Rishad’s wife and her…

Rishad made fifth suspect over death of… 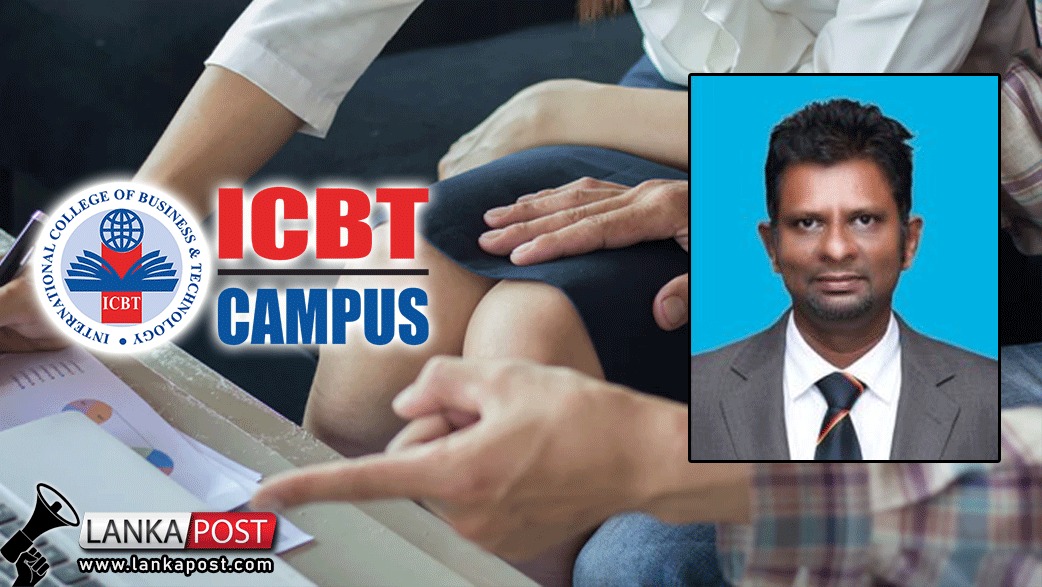 The Bambalapitiya Police has received a complaint on 10/02/2021 regarding the sexual harassment of his secretary by the CEO of ICBT Campus in Bambalapitiya.

The complaint under CIB / 239/33 was lodged by the sexually abused secretary.

On the same day, she had lodged a complaint with the Women and Children’s Bureau.

Bambalapitiya Police are conducting investigations and it is reported that the suspect has not been arrested yet.  The Bambalapitiya Police have received a complaint from the ICBT Campus Sales Director regarding the sexual harassment of his secretary and the complaint is currently being heard in court.

The collection of Covid corpses is against the law. We are going to court – National Movement for Protection of Consumer Rights

Bail refused for Rishad’s wife and her...

Rishad made fifth suspect over death of...

Mangala passes away from COVID-19

“Basil would not have permitted fuel price...

Economic centers to reopen on June 17...

Heavy rainfall expected in parts of the...

Prices of bakery products to be...

Spells of showers to receive several...